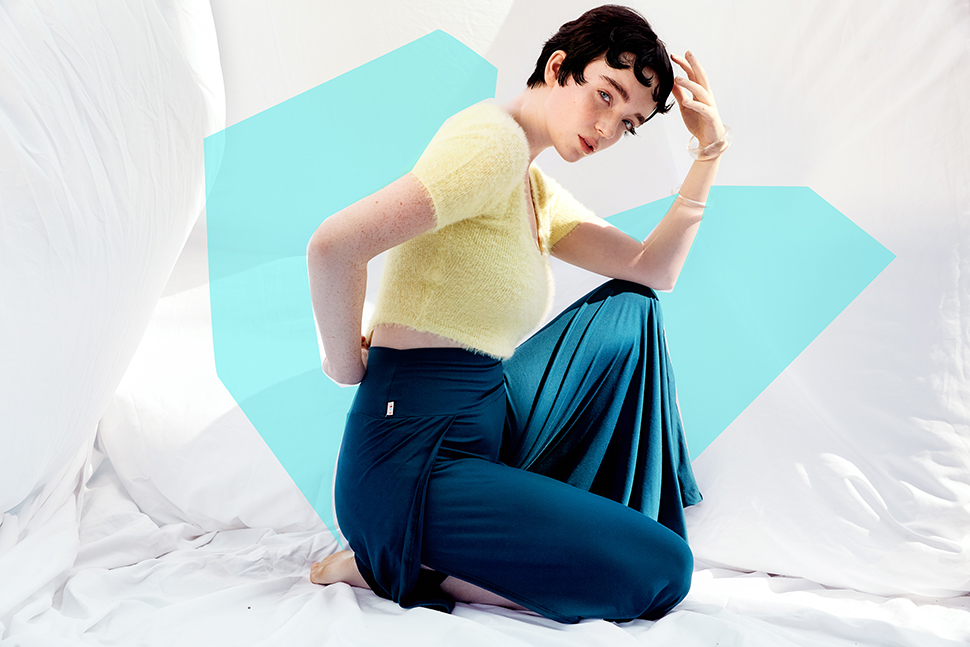 2015 was dubbed the "Year of the Period." Kiran Gandhi ran the London marathon while free-bleeding; The #PeriodsAreNotanInsult hashtag dominated Twitter’s trending charts after presidential candidate Donald Trump suggested that the GOP debate moderator had "blood coming out of her wherever." Activists demanded that the tampon tax be lifted. And international bodies, like the United Nations, finally declared that period poverty is a human rights issue. A study conducted by NPR found that in 2015 the word "menstruation" was mentioned three times the amount it had been in 2010 by five national news outlets.

The start-up space held the same dynamism as companies like THINX, which creates reusable period panties for women and transmen, mushroomed in popularity.

At Penn, sophomore Emmy Hancock watched eagerly as viral moments catapulted the "P-word" and issues concerning period poverty and stigma into international consciousness. She wanted to do something that went beyond the "viral moment" and did not only speak to "menstruators." She had the idea of creating an ethical clothing company that would have a lasting impact through advocacy, funding, and product donation.

Emmy bought the LLC for "Oluna" and hoped that she would have the time and funds to realize her dream. Even as public attention moved to the next social impact "fad," Emmy never forgot about her idea.

Five years later, when the COVID-19 pandemic forced the country into lockdown, Emmy finally had the time to give attention to an idea that was "always on her mind." The ability to work from home allowed Emmy to continue her job at a construction technology start-up and pursue her passion. In October 2020, Emmy and her partner, Ali Aston, launched Oluna. ‍

Oluna is a Dallas-based clothing company. Every pair of pants sold provides a year's supply of period products to Americans in need. Oluna attempts to remedy period poverty and stigma by going beyond its one-for-one model. One percent of Oluna's gross profits go towards funding menstrual education and research. Through their educational efforts, they hope to lay a foundation for long-lasting change. Oluna helps address the UN Sustainable Development Goals of “Good Health and Well-being” and “Gender Equality.” ‍

Oluna employs a modified one-for-one business model. The one-for-one business model was popularized by Toms' founder Blake Mycoskie and implemented by many other social enterprises. The "buy one, give away one" trope proved to be very appealing to consumers, but many in the international development community criticized its paternalism and inefficacy. Emmy agrees and believes that "the one-for-one model fosters dependency; It is important to go beyond that, especially with period products."

A solely one-for-one model with period products only allows Oluna to target an addressable market of "menstruation." The company  aims to include more people in the conversation. Thus, with the education and research component, customers of Oluna can say that they are providing a year's supply of period products to needy Americans and educating those who do not need period products.

Oluna partners with Period. Inc for their research and advocacy efforts. This year, they completed a study on period poverty in urban vs. rural environments that guided how Oluna and other organizations can best effect change.

Oluna also uses its one-for-one model to support local businesses and sustainability efforts. A significant critique of Toms' one-for-one model was that it undermined local producers and adversely impacted the climate. Oluna buys reusable, microbial menstrual pads from the non-profit Days for Girls and donates them to the ten homeless shelters they work alongside. ‍

Emmy is incredibly proud of Oluna's end-to-end women-run supply chain. From the fabric manufacturers to the photographers to the legal team, each facet of Oluna's supply chain empowers women. Emmy believes that a company's relationship with its manufacturer is "everything." From the outset, Emmy and Ali communicated their values with their manufacturers. Thus, they have created an ecosystem that uplifts women. It is clear that every person involved with the product believes in the idea, its mission, and its founders.

Emmy and Ali are also always looking to support women-owned small businesses through collaborations. This summer, Oluna collaborated with Bold Swim, a woman-owned, body-positive swimsuit company that helped double Oluna's donation efforts. Emmy sites their membership in the Female Founders Collective, a network of 2,000 female founders, as critical to their success. ‍

Emmy and Ali's mission to promote "women's issues" in a manner that supports and uplifts women has not been without struggle. They have faced sexism and period stigma while fundraising. Emmy can recount many instances where Oluna’s emphasis on “female issues” and female empowerment was treated as a weakness on VC calls rather than an innovative value proposition. She recalls one venture capitalist saying he would “ask his daughter” whether Oluna deserved investment or another that inquired why the pants had to be “for periods.” Emmy and Ali's experiences are not entirely unique but reflect a widespread issue. In 2020, women-led startups received just 2.3% of venture capital funding.

Further, venture capitalists' hesitancy to fund projects with costs-of-goods and preference for tech-based startups has made pitching to VC firms incredibly hard for Oluna. Emmy described fundraising as their "Achilles heel" as the founders have to convince funders of Oluna's potential and navigate their personal biases.

Oluna's success in sales allows the company to maintain "neutral-growth," where they run the business without expanding the clothing line or distribution channels. Emmy emphasizes the importance of "pivoting" as they have found creative ways to increase their audience and sales.

Reflecting on the challenges she faces as a female founder, Emmy says that "confidence is so important." She used to worry about whether she could be the "spokesperson of period poverty." But one enduring legacy of the "Year of the Period" is the assertion that every person can be a spokesperson. Emmy views Oluna as a "unique opportunity" and platform for change. It is one that continually evolves as our understanding of period poverty changes. "We are building the plane as we fly in it," declared Emmy.

In the next five years, Emmy wants Oluna to advocate for legislation against the period tax successfully. She also hopes that Oluna's one-for-one model can impact women in prison and raise awareness of period poverty unique to the prison setting.

Oluna continually demonstrates that fashion can and should be used to tackle some of the world's biggest injustices. ‍

A Speed Round With the Founder

1. What is your favorite word?‍

2. What is your least favorite word?‍

3. How do you like your eggs in the morning?‍

You should only go to VCs to raise money‍

8. If you could only have one clothing item, what would it be?‍

9. What is one social issue you would like to help address by the time you retire?‍