Hera is Making Travel Safer and More Social for Women 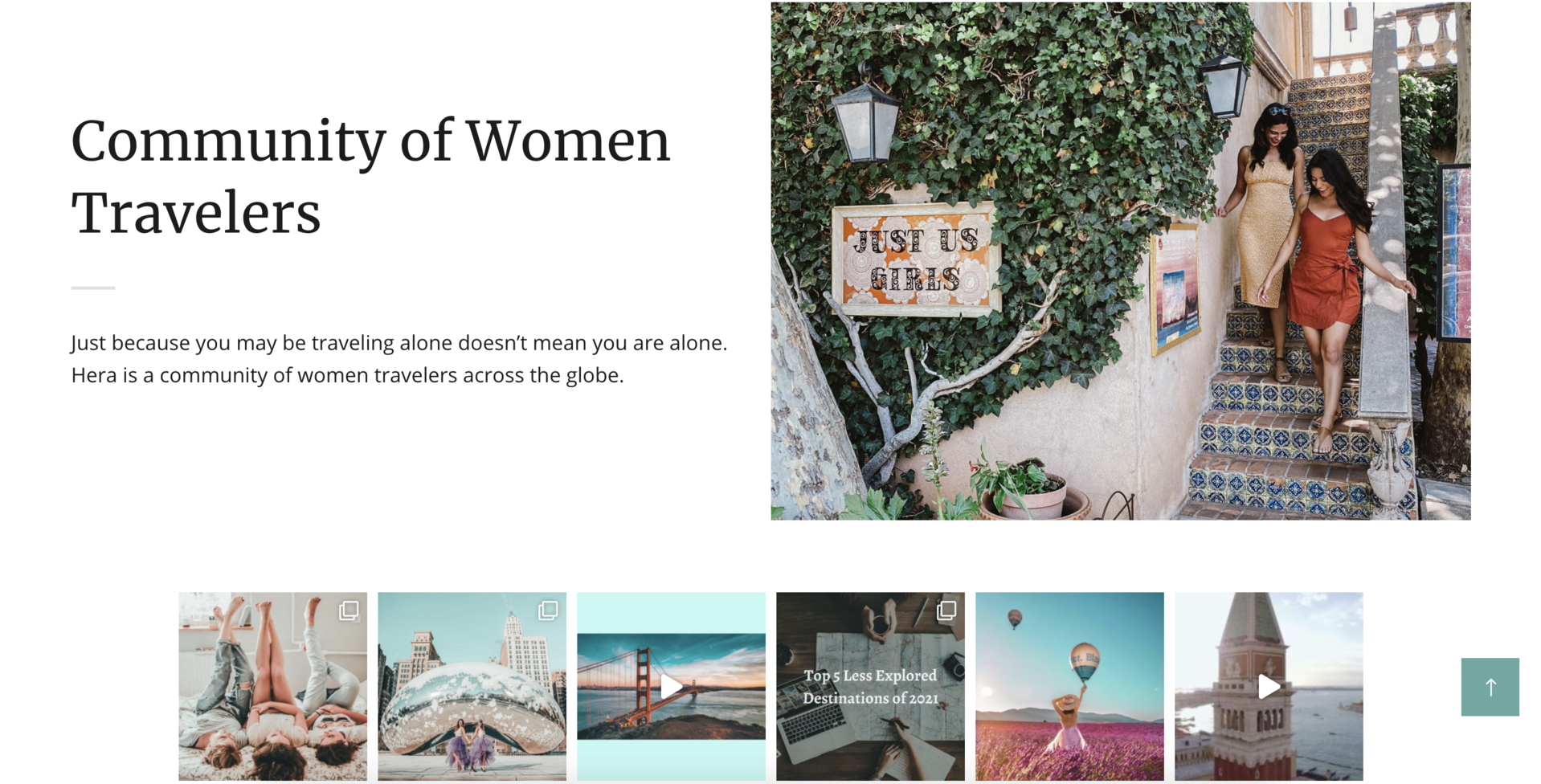 Priyanka Juneja is a modern day Superwoman. After having traveled to over 50 countries, such as Lebanon, South Korea, and Mexico, her superpower seems to quite literally be flying. But her most recent destination has arguably been the most influential in Priyanka’s life.

These past two years, Priyanka studied as a dual masters candidate in International Studies and an MBA from The Wharton School. Here, she saw the culmination of a life-long pursuit of entrepreneurship, over the past few years she founded Girls for Tomorrow to empower middle school aged girls as an undergrad at the University of South Carolina-Columbia, started a language program at Bank of America, and started a travel blog with 11k+ followers on Instagram (@champagneflight).

As a travel blogger and full-time professional, Priyanka often solo travelled. She shared that she felt so concerned about her safety on a solo trip she took to Egypt that she altered her itinerary entirely and went to Lebanon.

As she was on the plane out of Cairo, Priyanka had an honest, somewhat frustrating realization: “Was I really having to change my trip just because I am a solo woman traveler and I didn’t know what other options I had?”

Then she thought to herself, “There is not an accessible way for women to get the safety resources we need.”

Hera is the first women-only travel platform. The startup, which will be launched in the coming months, gives women travelers access to tailored safety resources to the destination they are visiting, such as vetted accommodation recommendations and aggregated safety ratings for a destination by other travelers on the platform.

In 2019, solo women travelers were estimated to have spent $723 billion and 32 million American women traveled alone. 83% of those women have safety concerns on business trips, 40% report sexual harassment, and 85% don’t feel safe after dark. Priyanka identified this huge opportunity for real social impact. The company works towards the UN Sustainable Development Goal of “Gender Equality.”

But Hera is more than a travel app; it’s a community. Once launched, the app will connect women travelers to other women who are traveling to the same place at the same time. The company is also currently in the process of launching an ambassador program, called HerAmbassador, which will afford women who use Hera’s website and upcoming app access to well-traveled women who are experts about their local areas. With over 600 women on the waitlist, agreements with the tourism boards of major U.S. cities (such as San Francisco, Philadelphia, and Mexico City) to be featured first on the app, and interest from hotels for partnership, Hera is sure to be immensely impactful in the travel community.

Impact for Priyanka and Hera Travel

The core idea behind Hera Travel is supporting solo women travelers to make sure their journeys are safe and enjoyable. Priyanka never wants a woman to have to change her travel plans, like she did, or even forgo booking a trip due to safety concerns. Social impact is, consequently, ingrained into every feature and decision Priyanka makes.

Priyanka is dedicated to helping “women travel fearlessly.” She has even hired an all-women team, consisting of other Penn students passionate about travel and women’s safety. The team crafts tailored safety guides that include emergency contact information, transportation information, and translations of helpful phrases for various destinations. Hera also personally vets hotels for safety features such as hallway lights and a taxi service.

Priyanka’s sincerity and passion for the cause is both influential and heart-warming, and her advocacy for women does not stop at this travel platform. As a women founder, too, Priyanka is always thinking about others. She said that she has definitely faced challenges, especially with getting male investors to understand the pain point she is solving for women who travel. And while her experiences made her recognize that “the world makes it easier for male founders to succeed, that only inspires [her] to work harder to help pave the way for other women.” Regardless, she has thus far won the Jacobson Global Venture Award ($10k), a scholarship for students at the Lauder Institute who wish to pursue building their business idea in place of a traditional summer MBA internship. Hera also won the Penn Wharton Innovation Implementation Award ($1k) with plans to fundraise by the end of the year after the beta version of the app is launched.

Priyanka is constantly looking to expand Hera’s impact by growing Hera’s community on social media and increasing waitlist membership for the app (you can sign up at www.hera.travel if you would like to be a beta user). If you have travel advice for women, feel free to dm Hera on Instagram (@heratravel)! She is also actively recruiting for the HerAmbassador program, wanting to provide as many travel mentors and experts from around the world as possible.

Priyanka’s advice for any future entrepreneurs is to “fall in love with the problem and not your solution.” This, she says, is the key to success.

The world is constantly changing, and as a founder, “you too will have to pivot and change direction.” But, “as long as you focus on solving the problem, you will do just fine.”